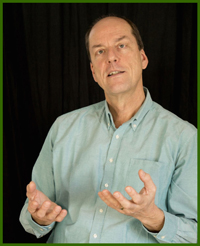 Suppose you buy a nice new piece of electronics, recommended by your friends or the media: unparalleled function and quality! At home, you remove its packaging; let the show begin! But unfortunately, it’s not working, or only partly. While one asks friends or experts, another starts searching for the manual, a third keeps on pressing all buttons, and a fourth … END_OF_DOCUMENT_TOKEN_TO_BE_REPLACED

“Do you get energized by being among others, or by being on your own?” That is the core of various questions about your inclination towards extraversion or introversion. XIPs find the resulting label often confusing, especially if their real answer is: “That depends.” In this blog I want to clarify why it is relevant for XIPs to be aware of … END_OF_DOCUMENT_TOKEN_TO_BE_REPLACED

It is a fact that extra intelligent people experience life in an unusually intense manner: They are extremely interested in new developments, very concerned with others, or just as strongly introverted, have an outspoken taste in food, clothing or interior design, an extremely vivid imagination, exceptional or extremely outspoken ideas, and so on. The average environment considers all this somewhat … END_OF_DOCUMENT_TOKEN_TO_BE_REPLACED

The novel concept of Xinasty is a combination of Xi and dynasty. A dynasty is a ruling family. By using the term Xinasty we want to convey the idea that there often appears to be an implicit prevailing notion about Xi within a family, including ancestors. Such a notion can work in a severely restrictive way regarding the acceptance of, … END_OF_DOCUMENT_TOKEN_TO_BE_REPLACED

When Jung was developing his theory of psychological archetypes in the 1920s, he consid­er­ed the relation between the individual and his environment as one of the characteristic factors. He distinguished extraversion, oriented towards the outside, and introversion, oriented towards the inside. The distinction between the two lies in the gradations in preference: An extravert can therefore also occasionally display introverted … END_OF_DOCUMENT_TOKEN_TO_BE_REPLACED

Temperament theory was introduced by Hippocrates in 370 BC and through the centuries has taken various forms and had varied degrees of popularity. It is founded on the idea that four essentially different personality patterns can be distinguished. American psychologist, David Keirsey, introduced in his book, Please Understand Me (1978), a link between Temperament theory and the Myers-Briggs Type Indicator … END_OF_DOCUMENT_TOKEN_TO_BE_REPLACED

There are various typologies for personal or management styles that distinguish between “task-oriented” versus “people-oriented” focus. It is a way of assessing whether in your daily life and behaviour you particularly focus either on optimally fulfilling a task in terms of content, or on the people with whom you are connected in some way. We specify the concept of people-orientation … END_OF_DOCUMENT_TOKEN_TO_BE_REPLACED

Although having an unusual drive is part of the profile of XIPs, this drive should be underlain with motivation of some kind. In fact, if an XIP is not motivated to do something, the innate drive turns against him/her and results in a depressing feeling of inadequacy and meaninglessness. According to educational, as well as management theories, motivation can be … END_OF_DOCUMENT_TOKEN_TO_BE_REPLACED

The categories of Marylou Streznewski In her book, Gifted Grownups, The Mixed Blessings of Extraordinary Potential, American author Marylou Streznewski broadly divides gifted individuals into three categories: superstars, strivers and independents. She devised these categories after interviewing 100 adults and adolescents who had previously achieved exceptionally high scores on their IQ tests Her ordering can be used for recognition of … END_OF_DOCUMENT_TOKEN_TO_BE_REPLACED

It is easy to imagine that gradations of Xi exist. One person is, for example, structurally more curious than the other, or knows even fewer boundaries. In other words: extra intense, extra complex, and extra driven. The stronger the extra intelligence is, the more uncommon the XIP is, by definition, and most often, the more important a proper management of … END_OF_DOCUMENT_TOKEN_TO_BE_REPLACED

Friday February 14th,
between 3 and 6:30 pm.
Walk in
to meet us and ask questions / find answers.
More on webpage.